This is an installation I did at my cousin’s house in San Francisco. The title refers to a secret doorway in a fictional junkyard featured in the “Three Investigators” series of children’s books. Kinda like “Encyclopedia Brown”, except three of them. And set in/near San Francisco. It consists of nine (9) panels, total size: 68″x92″. 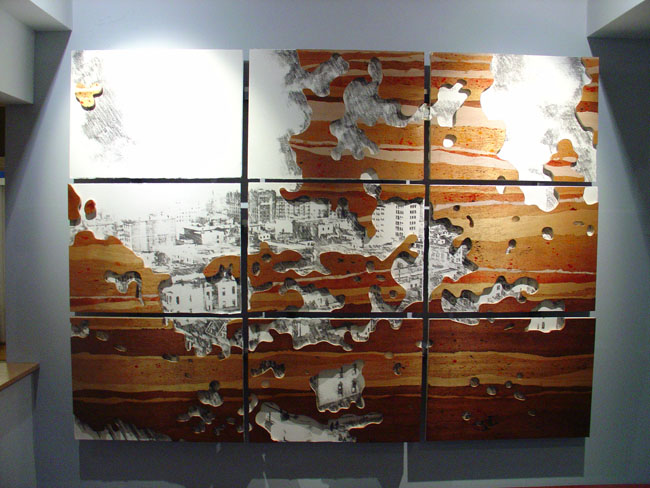 This is what it looks like finished and hung. You can’t see the 12-foot drop below the work– but it made for some nerve-wracking install. 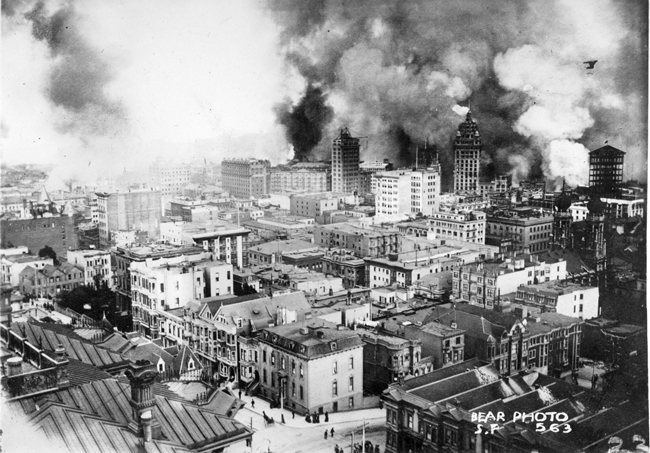 I used a photograph of the great San Francisco fire of 1906, boosted the contrast, and used a video projector to trace it onto some wood paneling. 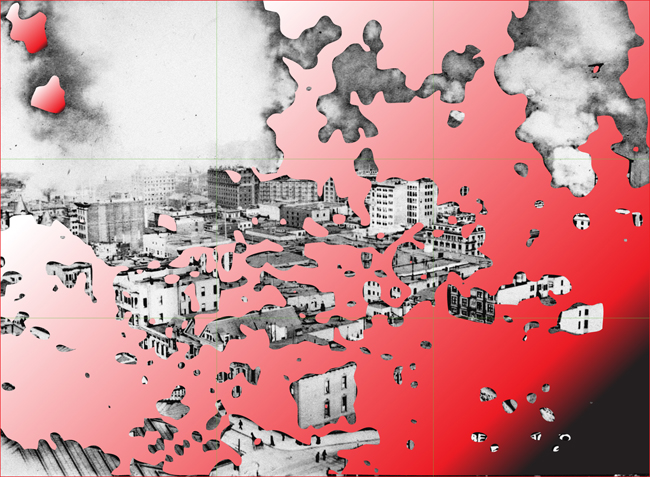 The red shapes indicate where I boosted the contrast of the shadows, then merged/smoothed the shapes. 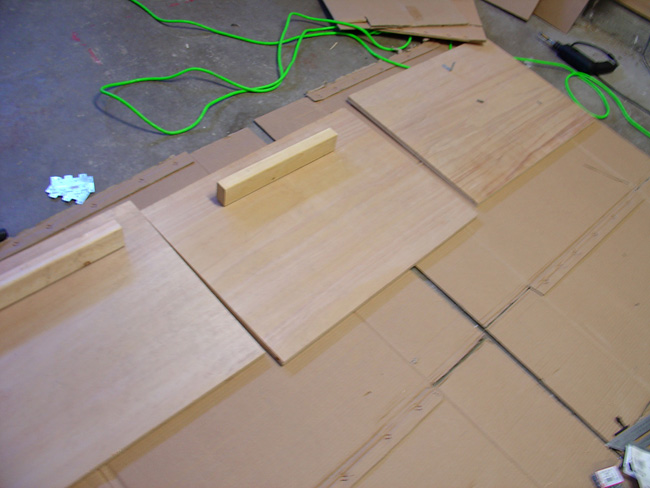 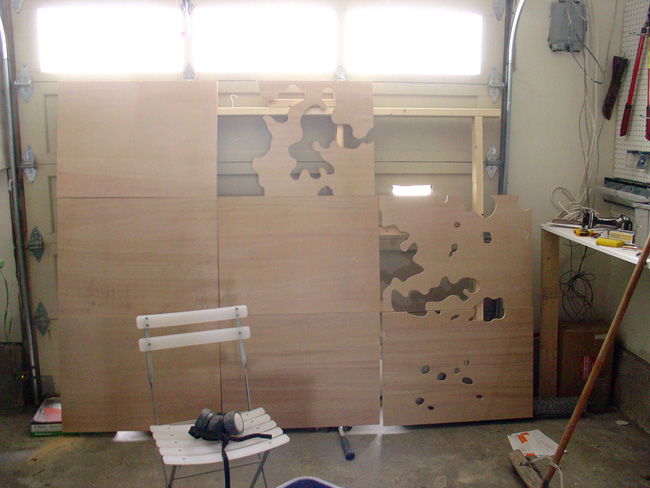 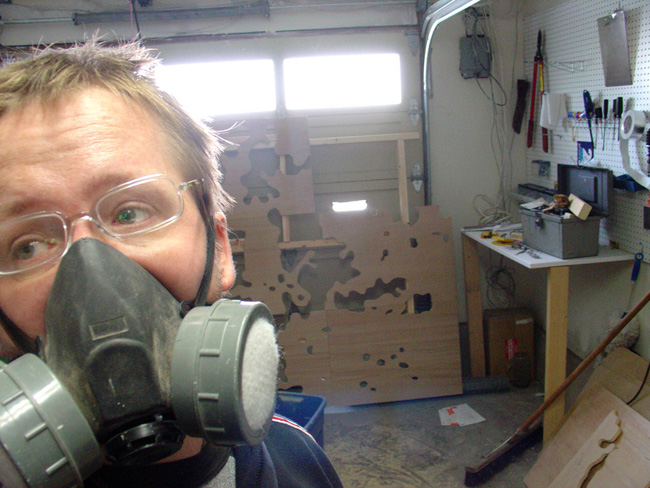 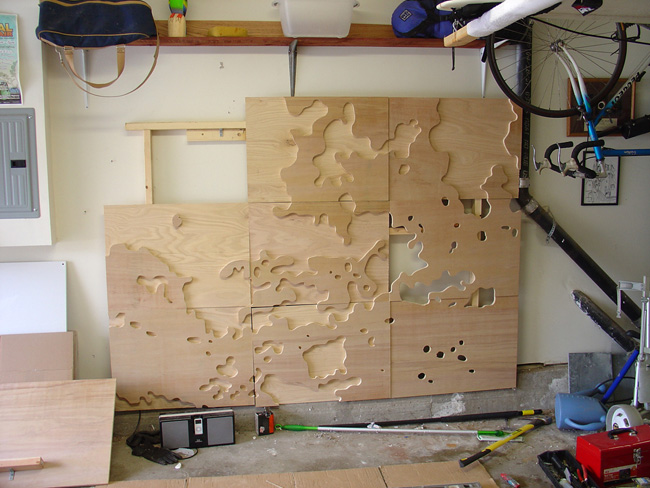 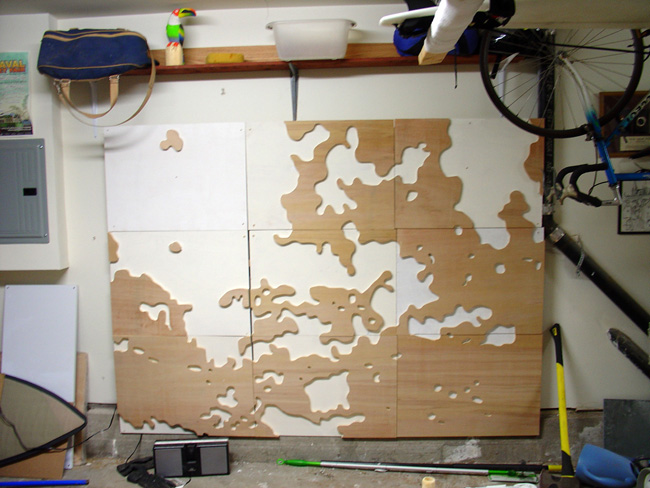 After that I cut out the shapes with a jigsaw. 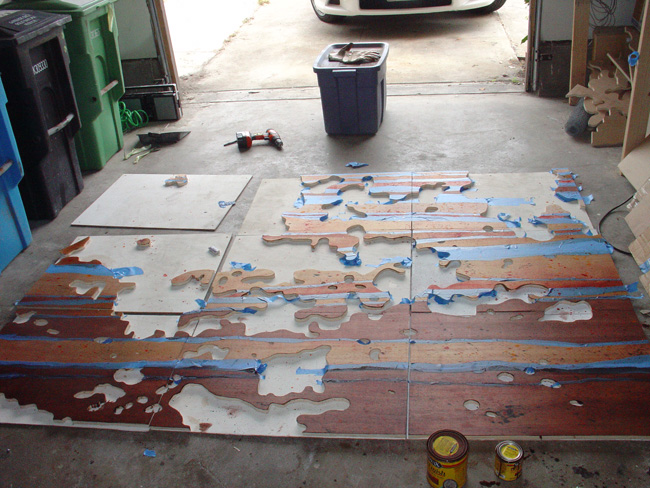 Then I painted/sanded/stained/varnished the panels. 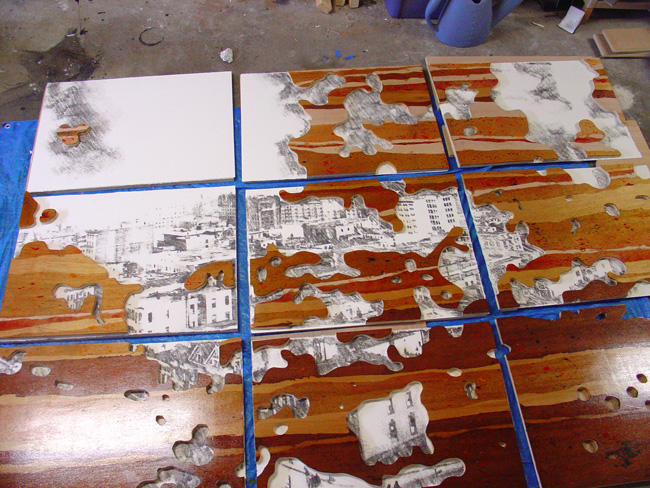 Once I was done with that, I mounted them back onto heavy-grade watercolor paper onto which I had transferred the original photograph using really toxic blending markers. You can see the hand drawn lines from the “rubbing”– it has a weird, hand-drawn-except-really-a-photo look to it. 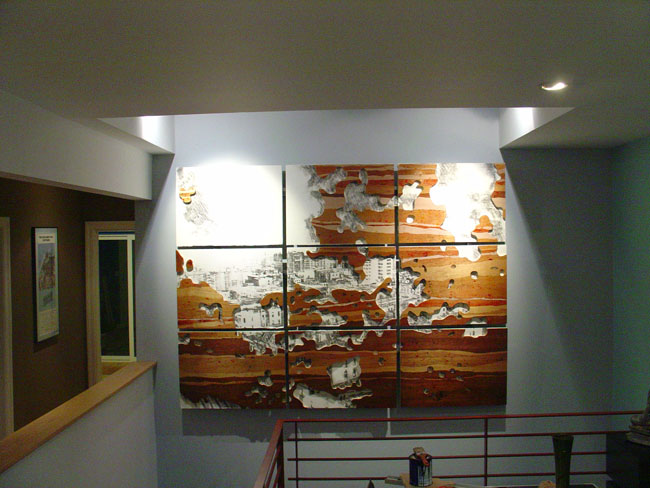 I used extruded aluminum cleats to mount the panels to a frame– this has to be earthquake-resistant, after all. The frame was mounted to the wall using 8-inch lag screws. That summbitch is not coming off.