This is a Flash based  Resolume Avenue plug-in to subscribe to any Twitter @name or perform a #hashtag search.  All twitter functions are linked to the Resolume dashboard! You can use sliders from the Resolume dashboard or MIDI hardware to set font sizes, font align (left, right, or center), font styles, letting and tracking… something Flash excels at.

To my great dismay, in June of 2013 Twitter decided to update its API and require OAuth authorization protocols. If you don’t know what that is, then you are lucky– it’s a fairly secure two step authorization procedure that makes standalone and 3rd party plugins like this one quite difficult to implement with limited user input (for instance, it’s a major headache to require a user to log in to Twitter in order to use this kind of plug-in). There was a ton of scrambling and hand-wringing on my part, but I finally got it working. 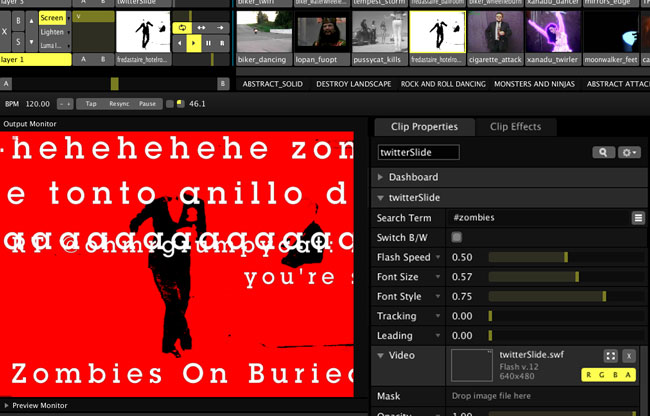 One of the most interesting uses I’ve heard of is a crew in the UK that had two parallel gigs running in different parts of London, and punters could send messages which would appear up on the screen as part of the visuals at the other gig, so the audience could have conversations between the two events! 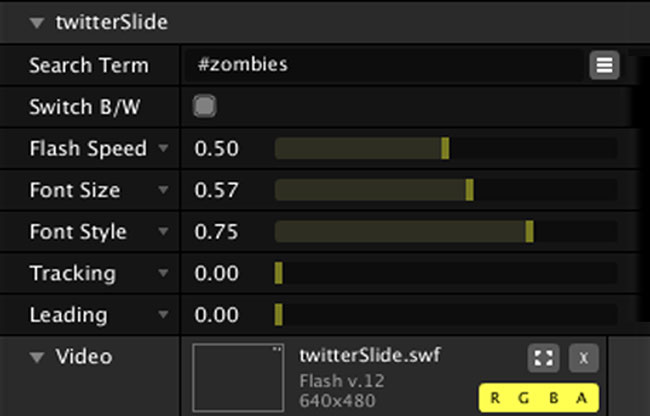 You can load any twitter feed on-the-fly, and it will update automatically. I gave this presentation at the LPM festival in Rome, Italy in May of 2011 (www.liveperformersmeeting.net). There’s also a (very rough) tutorial here if you want to build one on your own! 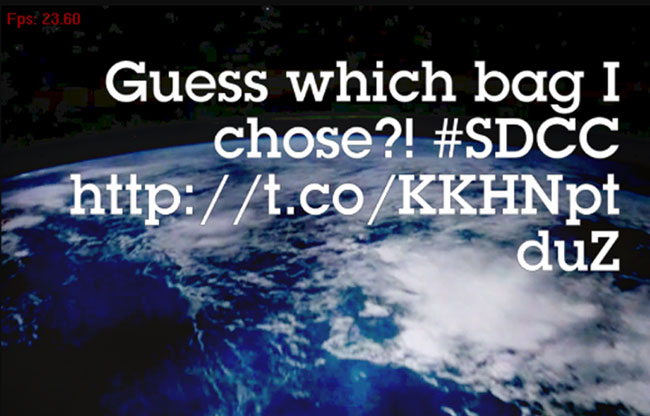