This is a proposal I did for a social media (Facebook) game for Panda express. The basic premise was fairly simple, but the scope of the project expanded quite a bit after the client signed off on it, despite my best efforts. You can check out the original PDF spec sheet here.

It had some cool features– persistent avatar customization with unlockable power-ups and accessories, which was actually synched to in-store promotions. The idea was that you could enter in a receipt number during gameplay and it would enable a weekly power up bonus to your character. 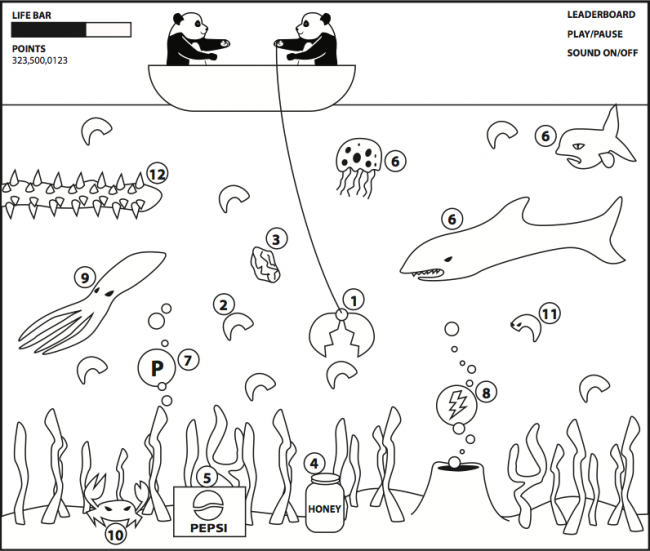 The game, unfortunately, was not very fun. Feature creep having to do with the promotional aspects of the project took precedence over engaging gameplay mechanics… but it’s an ad-game, which is to be expected. You can see a gameplay screenshot below. 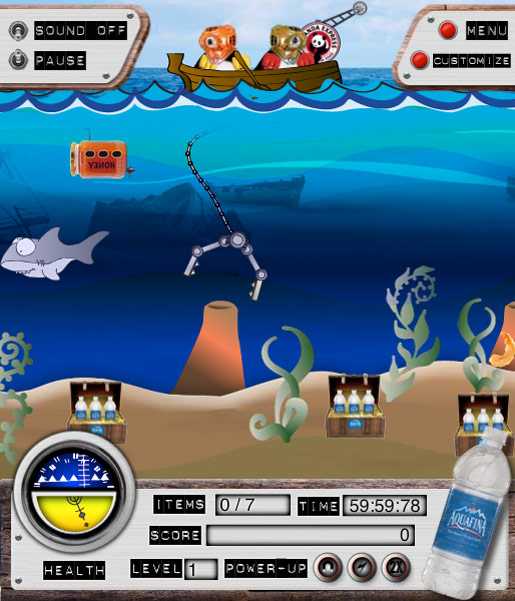 This is the customize and configure avatar screen. The more receipt numbers from in-store purchases you make, the more unlockables you get. The only downside was that this screen was buried in the “help” and “menu” sections, which nobody reads on a quick Facebook ad-game like this. I’d wanted to make this a super-prominent feature (it was one of the things the client was paying for) but other voices prevailed. 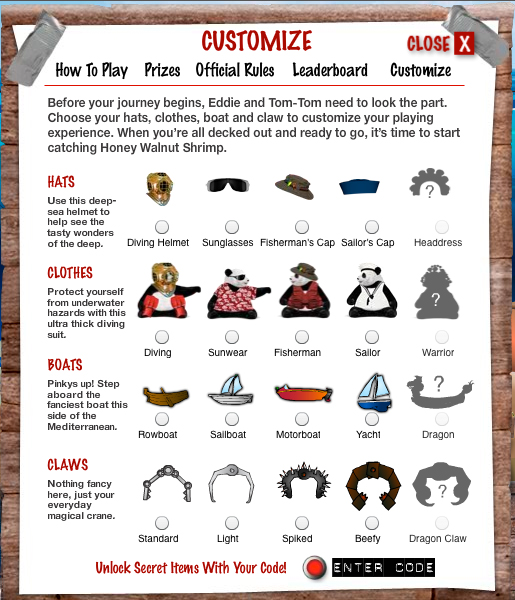