“Sudoku” game for Panda Express. Pretty basic– but the simplest games are often the most difficult to rig. Having a working ‘hint’ system, making sure that the player can differentiate between pre-set tiles and player-set tiles, making the tiles look different enough from each other but all “branded” to the client’s satisfaction… there was also lot of going back and forth between the benefits of having a game that would force unique solutions vs an “easier” game that would allow multiple solutions for a particular puzzle. 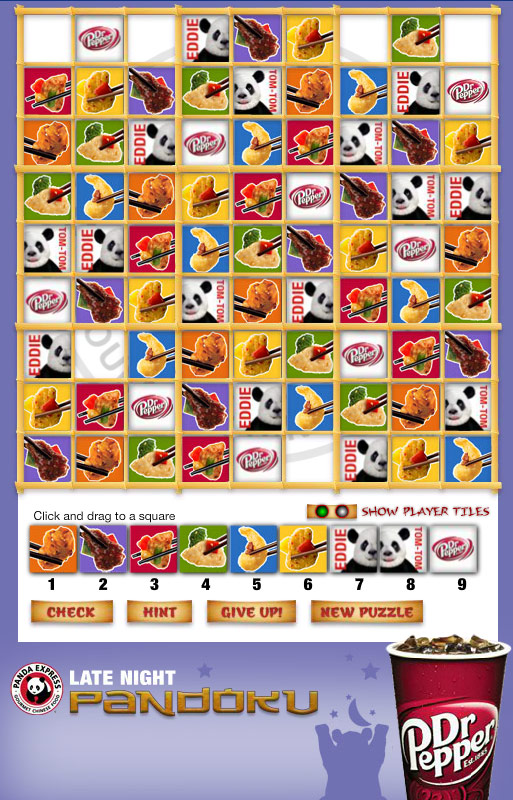 We chose to go with “unique” solutions since the scoring system required it. It was kind of cool to make a puzzle based game rather than the typical platformer or physics-emulating game… really makes you realize that “fun” can be quite abstract. This game had 8500 unique players in the first couple weeks, which made the client ecstatic– it’s not “Modern Warfare” numbers, but pretty good for an advertising game!
Link to game on facebook: http://apps.facebook.com/pxpandoku/?ref=ts