This is the halloween costume I made for 2013– I wore it at the KCRW Masquerade ball as well as for proper Halloween in San Francisco that year.  I built the framework from chipboard and 10 gauge wire, the electronics is a basic Arduino unit powering two servos. This is my first time using Arduino!

This is the framework for the armature– it’s pretty basic, I used a hole saw to cut holes in a wood rectangle, which can swivel up and down with the pegs at the edge. The eyes are mounted with a wire through their center, so they can move left and right. That’s as much movement as you really need! 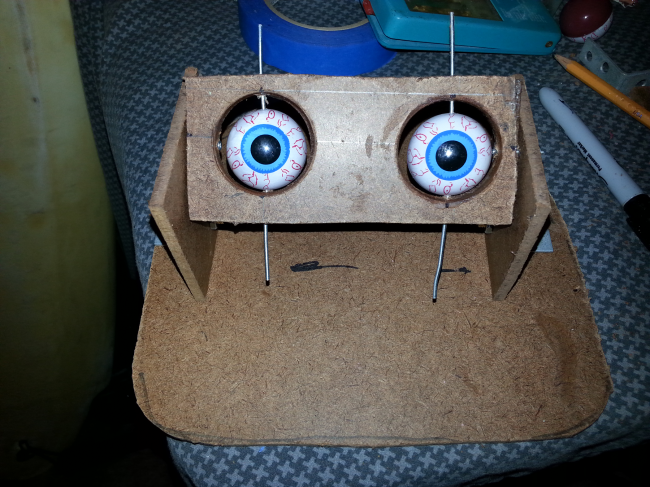 Next I had to add the electronics and whatnot. Although I thought gave myself plenty of space for electronics, I ended up having to do some fussing to make sure there was room for the servos AND the two power sources (one to power the arduino, and one to power the servos themselves. And, of course, I needed a spot to put the arduino board itself. The complete lack of blueprints, planning, or measurement made this part a little tricky. 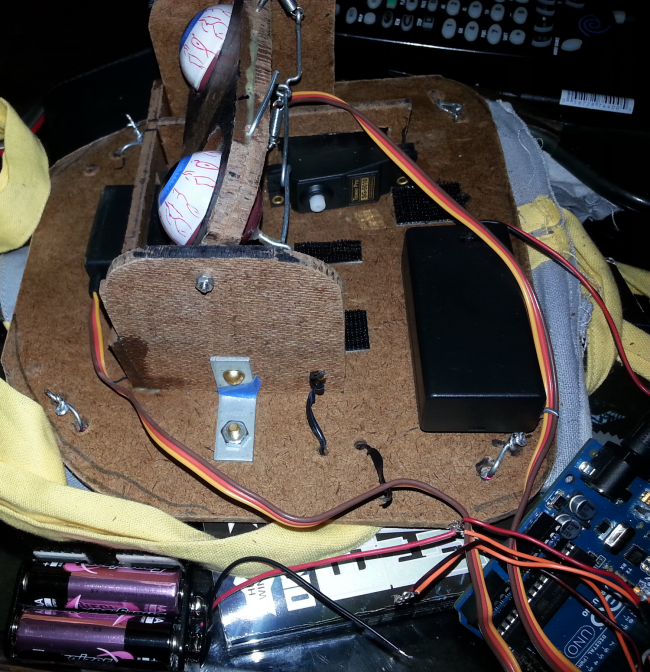 As you can see, the arduino programming is super simple– there’s two servos for each movement (eyeball holder up/down, each eye left/right). One servo fires, then the other, resulting in eyeballs that move up and down, then left and right. I wanted to include a randomizer that would allow the eyes to look up, then sneakily to one side or the other, then back down… but I ran out of time. Keep in mind I was also trying to prepare video for the KCRW show during the same week. Hectic! 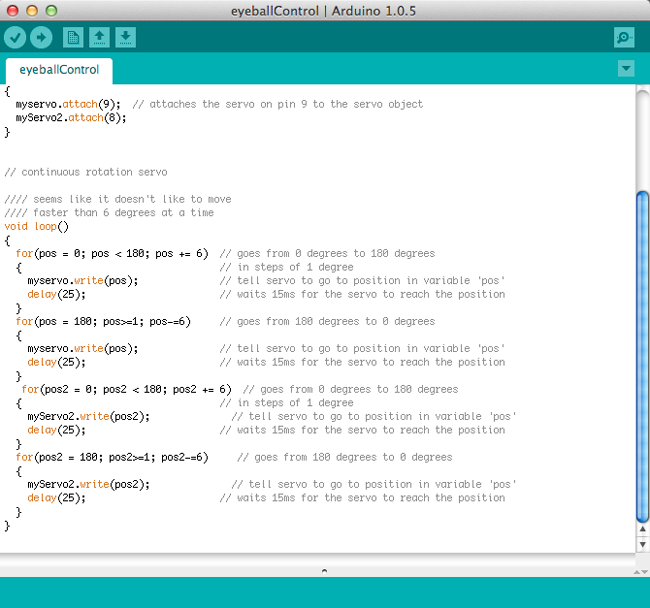 I mounted it to an apron so I could wear it as if I’m having a horrible, eyeball-rolling zombie face chewing its way out of my belly. Made a couple kids cry, so I count it a success! 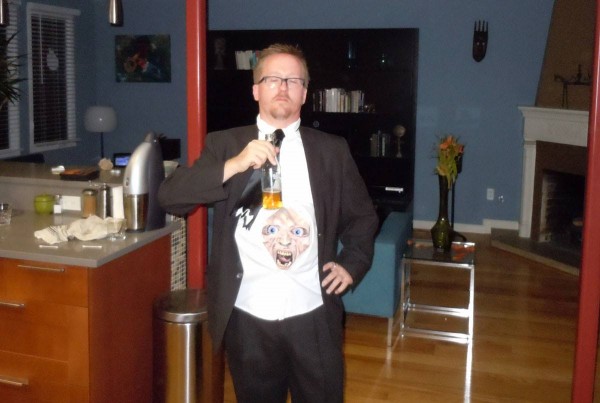