I’d rather hear the presidential candidates talk about their hair. So I went ahead and did that.

This sculpture project is a sentiment tracker for 2016 presidential candidates’ tweets that renders values as hair color, using laser-cut acrylic and programmable LEDs. Thanks to Colin Wang (colinwangdesign.com/) for help with the laser-cutting, I couldn’t have done it without him!

Couple things I’ve noticed: People have really mixed feelings about Hillary Clinton. Notice that the aggregate color changes from red to green at least once, and there’s a lot of variety in the individual tweet color. The sentiment representation is kind of misleading. For instance, if people are tweeting that a candidate will fix things that are bad or negative, then the sentiment can register as negative EVEN IF the tweet is supportive of the candidate. 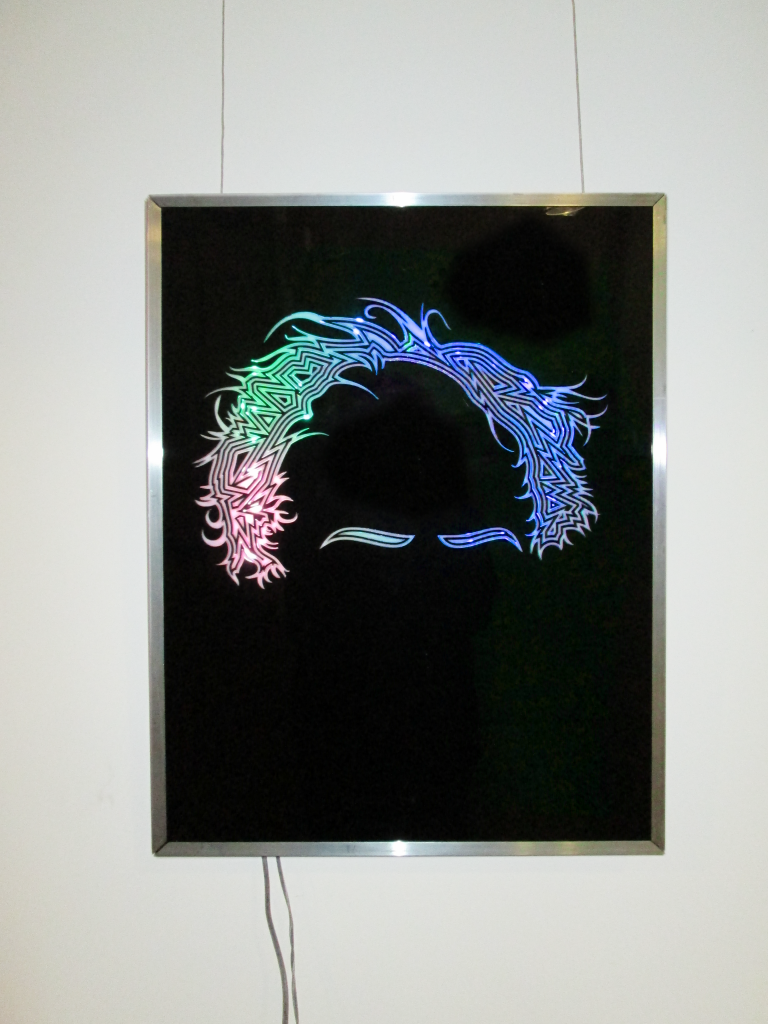 The LEDs are driven by an arduino board connected to an Intel “Compute Stick”, basically a USB stick-sized wifi Windows 10 pc. The pc runs a Processing sketch that handles the tweet requests, parses the sentiment using a custom designed machine learning API, and assigns the colors and animations. 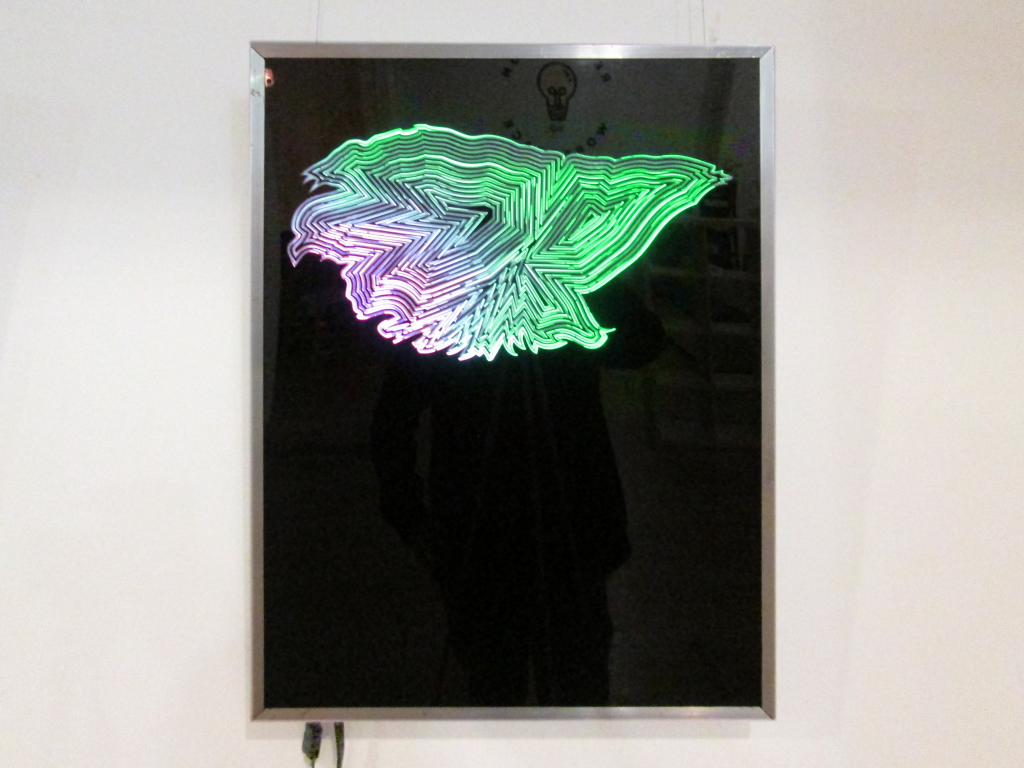 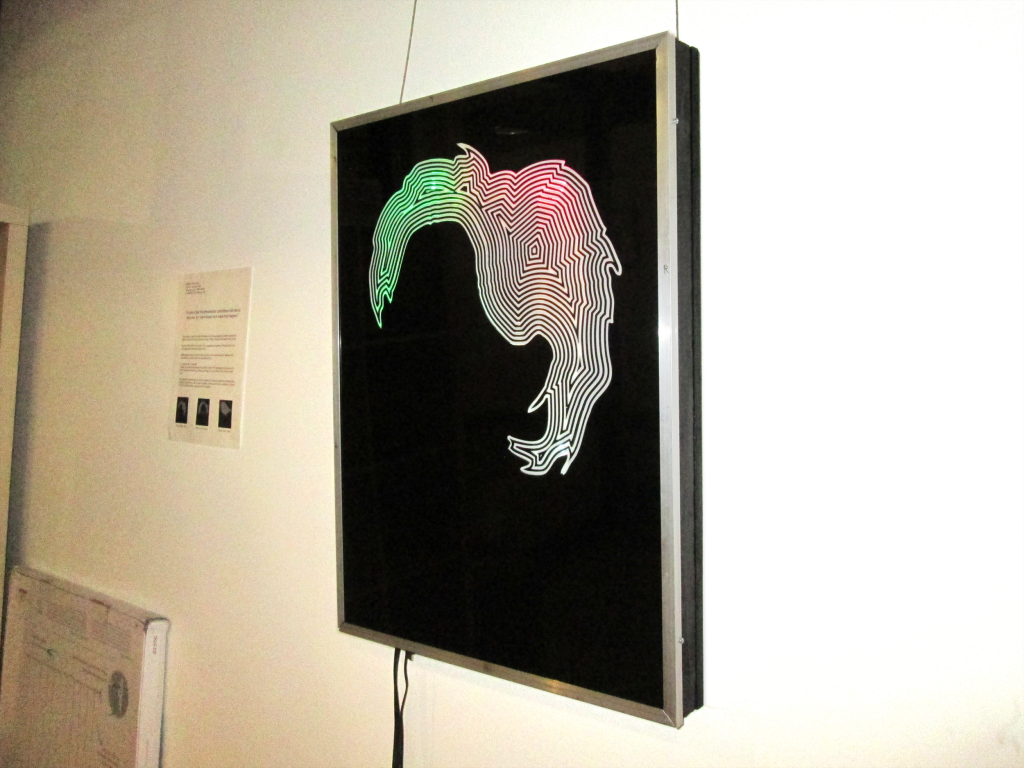 This work is currently being hung in the lobby of SOS Ventures “Revolution SF” offices in San Francisco, CA. 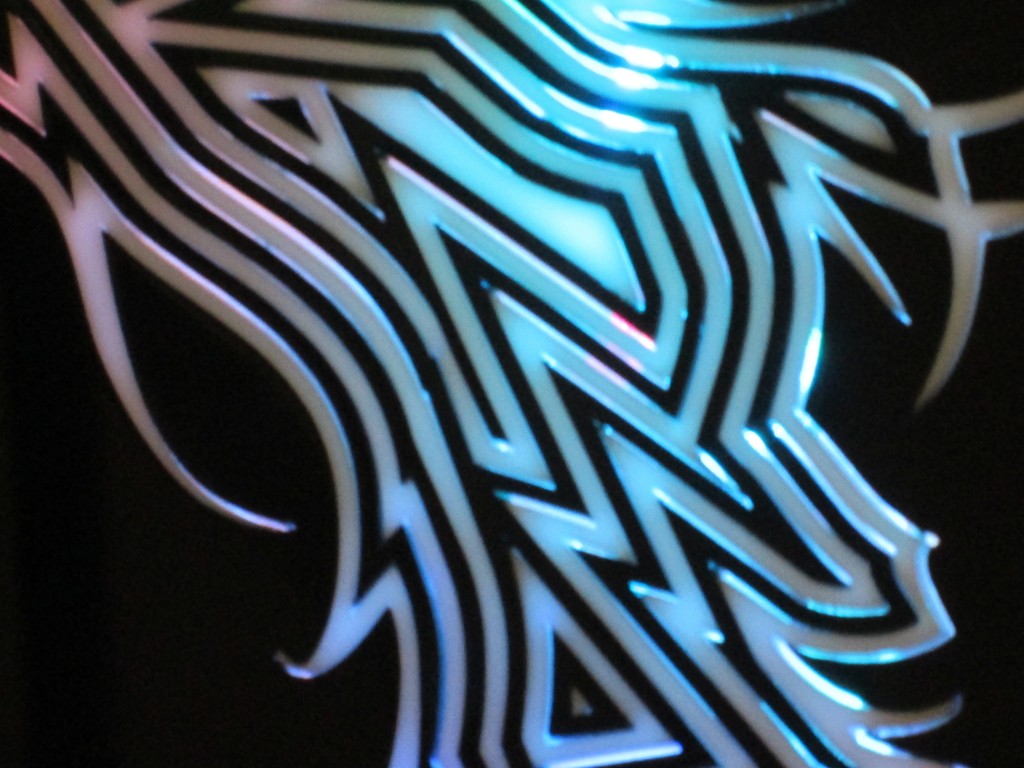 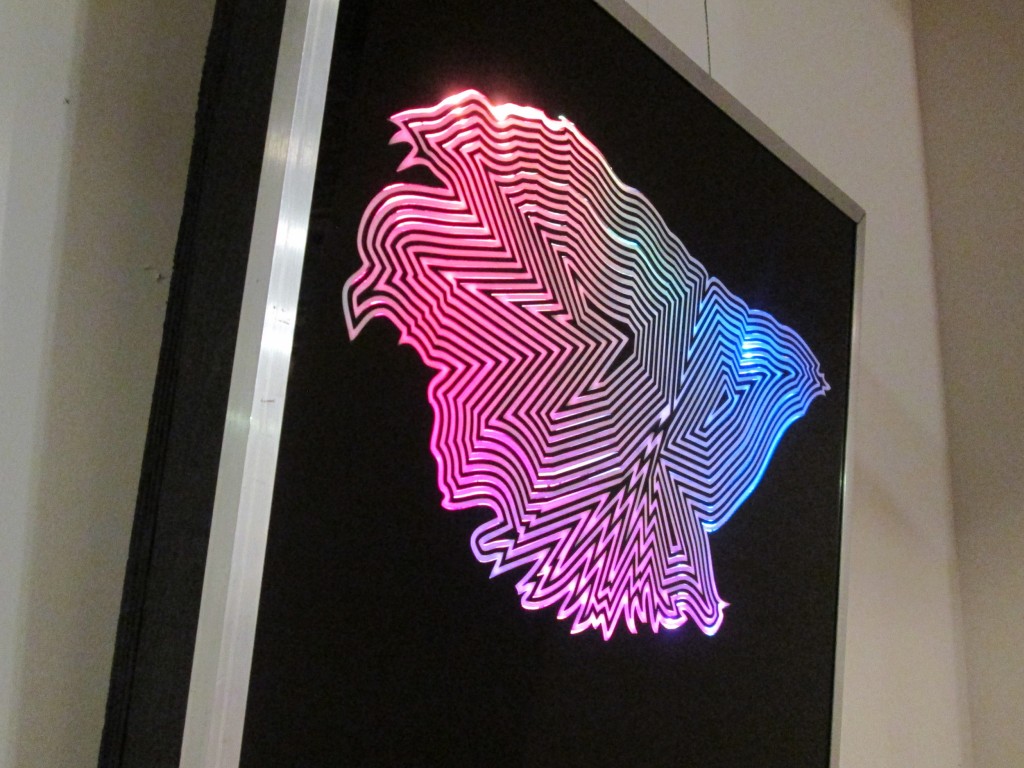 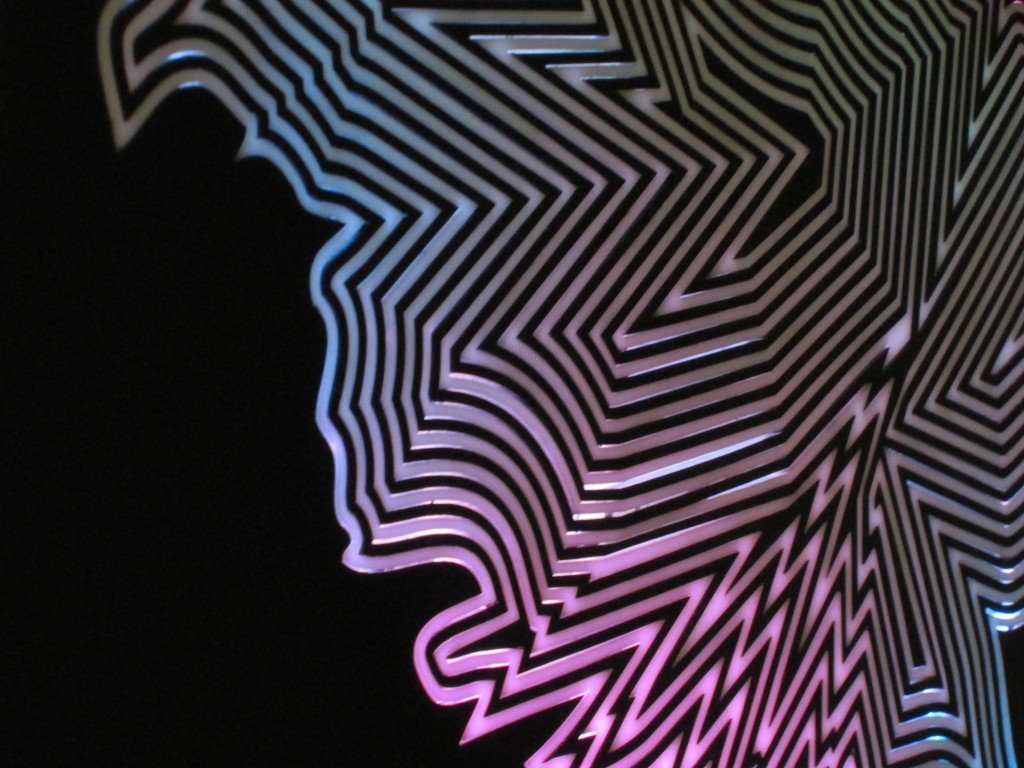 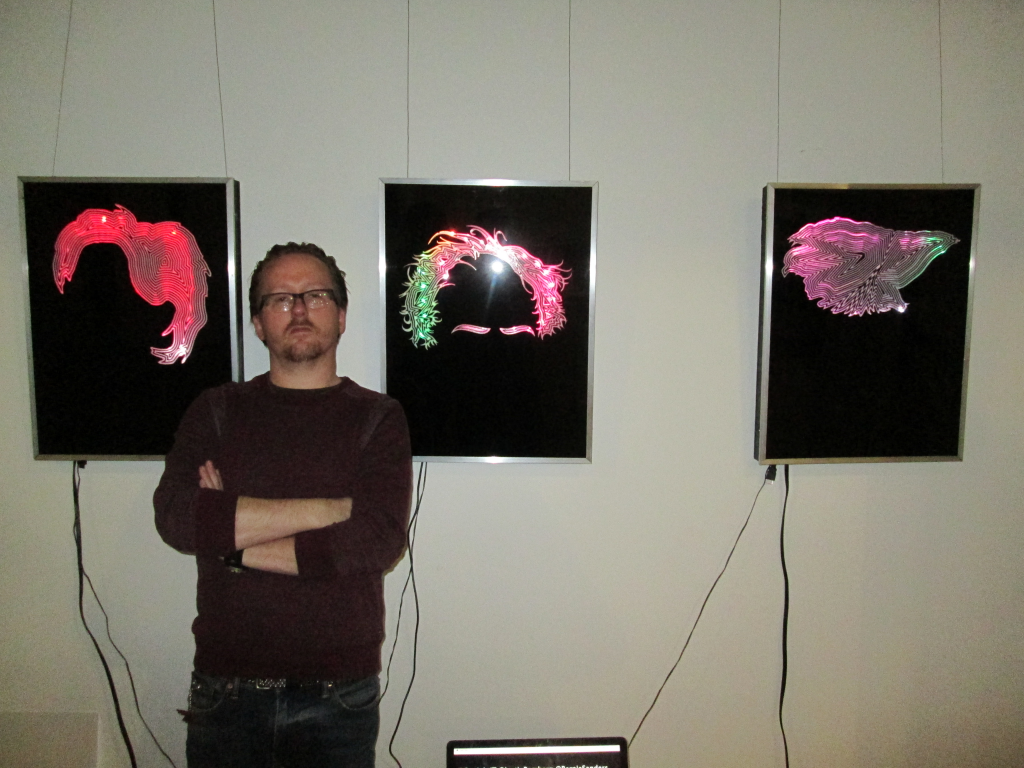