I was at the arms and armour room at the Art Institute of Chicago a couple years back and I was fascinated by the craftsmanship and attention to detail that went into making some of the weapons and gear. I thought it would be cool to modernize some of them, or at least experiment with what would happen if modern product design and materials was applied to these objects. 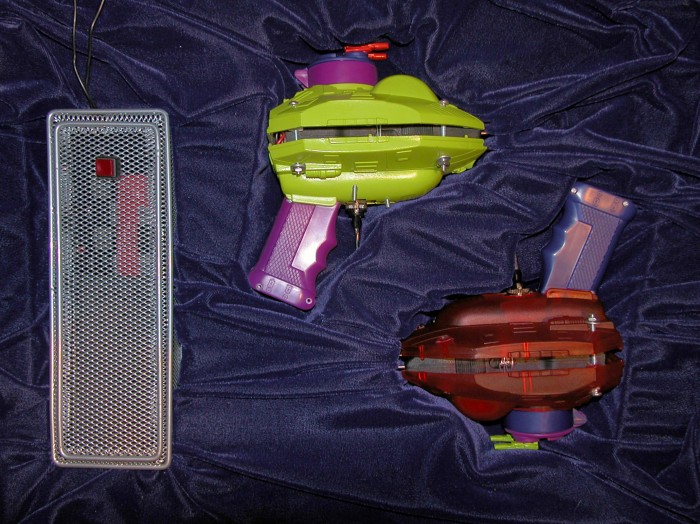 I made the stun guns from actual tasers I got at the mall (they’re the sparky kind, not the shoot-wires-into-your-face kind) and some disc-shooter rayguns from the toy store. The case itself is a modified DJ gear case, with the back glass from a pinball game added to the front. It has a bunch of LED lights behind it with a diffuser so you can make it light up when in use.

These shots were taken at my one-person show at Meat Yard gallery in Chicago, Il.