This was a live gig I did with Miguel Vega (brokenbeat.com) for the Abstract Festival, a multi dj/multi-room event at the San Diego Sports Arena. Everyone was super cool, super professional, and super on-time. The screens were fantastic– custom made LED screens by the guys at Interstate Displays. The lineup included Skrillix, Rusko, Excision, Major Lazer, and a bunch of other guys who I’ve never heard of before. Pictures by Miguel Vega. 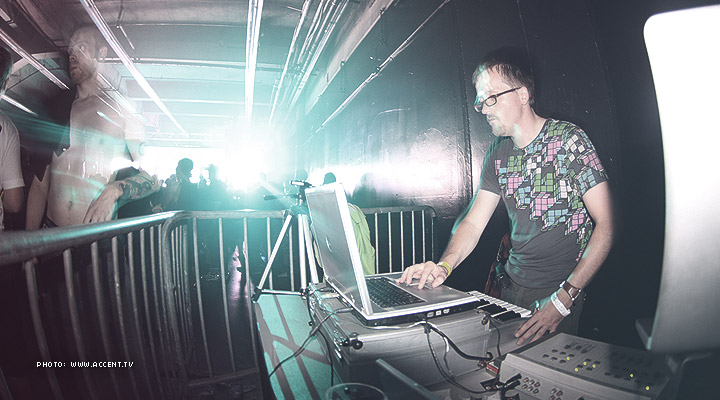 Although I brought my fancy new MacBook Pro as well as my five year old Dell, it was the XP workhorse and my Oxygen-8 keyboard that kept going strong throughout the evening. Multiple crashes and really slow deck switching on Resolume makes my Mac a great pre-gig rendering engine, but terrible for the sweaty frantic panic of a live gig. Good job, XP!

… and the crowd was really nice. 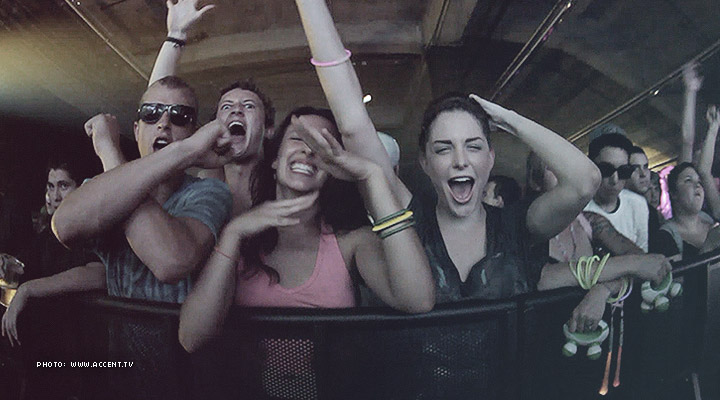