The title refers to the sublime feeling of disgust that humans feel when encountering a simuacra that is almost, but not quite, human– the inverse of perceiving the characteristics of “cute”.

Using 3D Max, Isadora, and a Wii-mote motion controller taped inside an empty cardboard box, a virtual 3-dimensional model of the gallery interior was assembled using photographs of the surrounding interior.

Using the motion sensor, the movement of the virtual cube/room mirrors the movement and rotation of the cardboard box. By slamming, kicking or rolling it around, the operator manipulates a model interior of the surrounding room by activating an unwieldy exterior of a monster-like remote control.

It was first shown at the Kunstvlaai exhibition in Amsterdam as a part of the Otis/Sandberg art exchange program, and later at Andrew Shire gallery in Los Angeles with Nam June Paik, Derric Eady, and Suzanne Oshinsky. 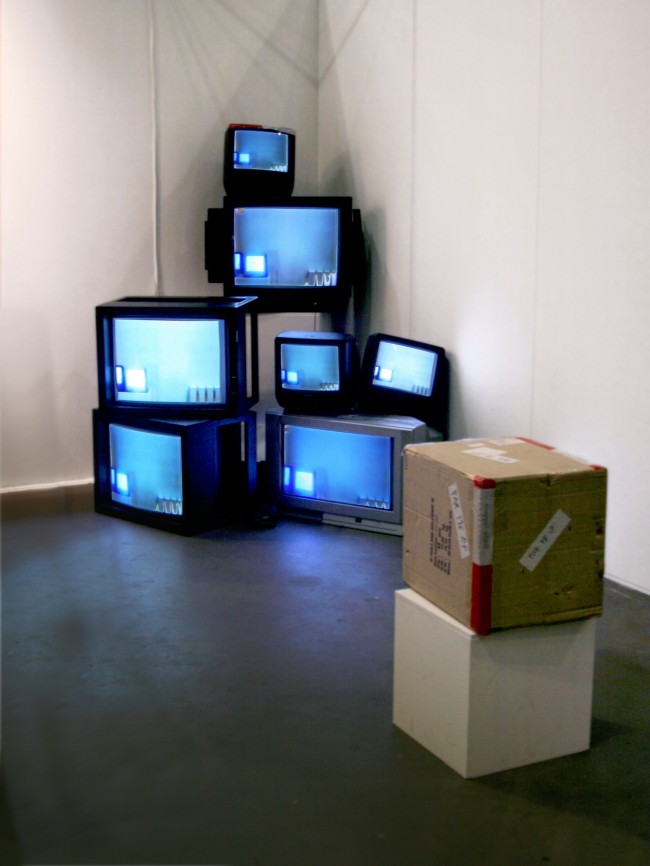 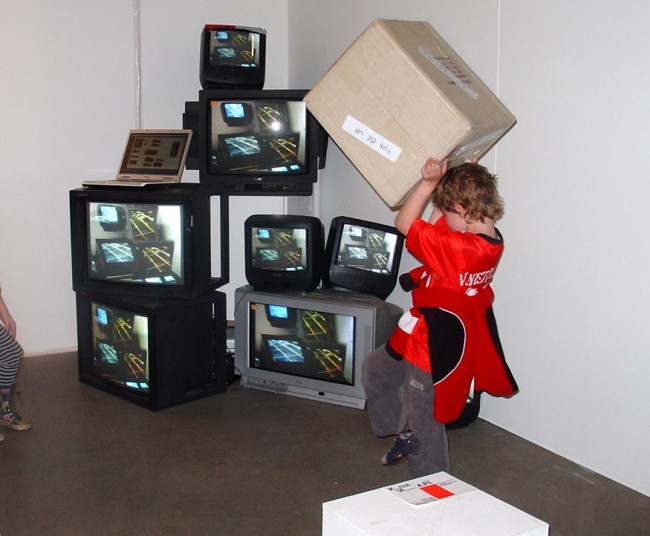