The show was a little hectic, especially since myself and Tim were directed to the wrong building to set up immediately before the event and had to run all around the Plaza de las Artes to find the right concert hall… and I had also left my power supply back at the hotel like an asshole. Thanks to Faust for hooking me up, otherwise I’d have been sunk! 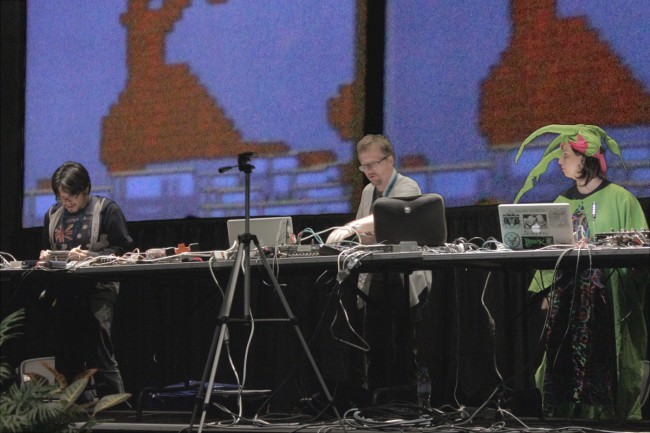 Everything got sorted out eventually, however! Performance-wise, we killed– Tim’s NES visuals looked great (apparently throwing his NES systems on the floor is a way to coax a performance boost out of his gear), Cristina’s Gameboy beats destroyed as always, and my 8-Bit Kinect filter that I programmed in Processing/JAVA managed to play nice with the chroma/luma keying setup that I had with my hardware rig. My favorite part was taking Cristina’s image, turning it into NES-style pixel blocks, and having them leap around in time with the beat. 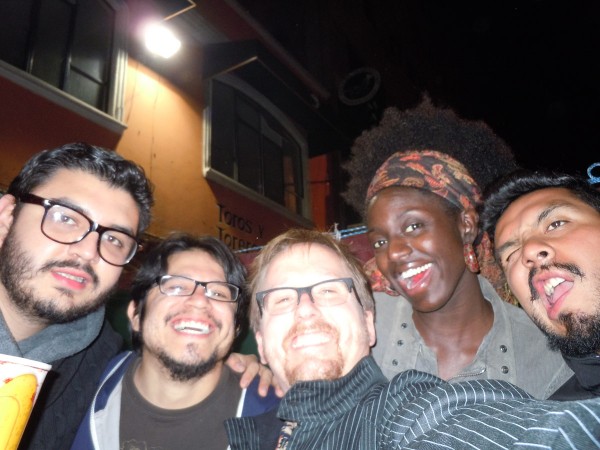